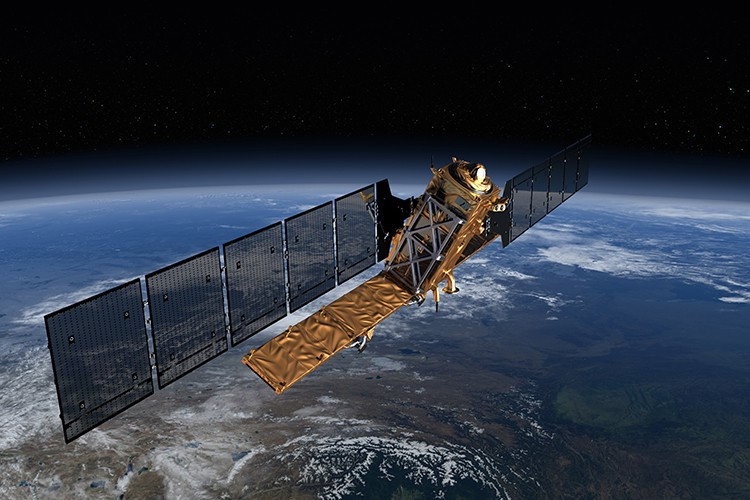 The SpaceX Dragon spacecraft launched last night (Monday 2 April) from Florida on a Falcon 9 rocket carrying cargo that showcases the ingenuity of the UK space sector.

In the cargo hold is a UK-built satellite that will test different approaches to removing space junk from the Earth’s orbit, as well as an international science package to study powerful lightning from space.

Led by the University of Surrey, built by the world’s leading small satellite manufacturer Surrey Satellite Technology Limited, and with technology on board designed by Airbus, the RemoveDEBRIS mission will experiment with cost effective technologies that could be used to tackle the problem of space junk.

Science minister Sam Gyimah said: “Space debris is one of the key challenges we face and it’s great to see a British university and some of our innovative space companies leading the way on the search for solutions. It’s also a fantastic example of the unique expertise found in the UK’s growing space sector and the value that it adds to international projects.

“The UK Space Agency continues to work closely with industry to develop new technologies and infrastructure to grow our share of the global space market as part of the Government’s industrial strategy.”

The RemoveDEBRIS satellite will be deployed from the International Space Station and attempt to capture simulated space debris using a net and a harpoon, while also testing advanced cameras and radar systems. Once those experiments are complete, it will unfurl a drag sail to bring itself and the debris out of orbit, where it will burn up as it enters the Earth’s atmosphere.

The experiment is important as there are thousands of pieces of space debris circulating the planet – many travelling faster than a speeding bullet – posing a risk to valuable satellites and even the International Space Station itself.

Prof Guglielmo Aglietti, director of the Surrey Space Centre at the University of Surrey, said: “It is important to remember that a few significant collisions have already happened. Therefore, to maintain the safety of current and future space assets, the issue of the control and reduction of the space debris has to be addressed.

“We believe the technologies we will be demonstrating with RemoveDEBRIS could provide feasible answers to the space junk problem – answers that could be used on future space missions in the very near future.”