Are universities being pulled in separate directions? This is what the UN’s top education official Stefania Giannini proposed in a recent talk. The assistant director-general for education at Unesco, Giannini called for more global perspectives and cooperation to correct imbalances and unite disparate entities toward a common goal,  as she claimed strong universities foster unity within societies. 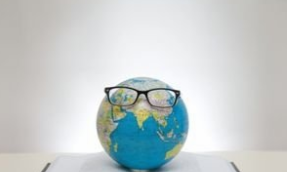 Giannini cited three major trends shaping higher education internationally: unprecedented demand; increased interest in international studies; and diversification across university types and qualifications. However, she also spoke to social tensions in and between countries, challenging the movement toward globalization.

Giannini’s response? “Maybe it’s time to go back to a universal perspective. Human dignity, respect, tolerance, and exchange of knowledge of different cultures and religions. This is the dimension where education, and specifically I should say higher education, can play a role,” she declares.

More cooperation between governments and universities, meanwhile, will pay off for everyone, Giannini further asserted. “Competition in the near future will be on human capital, so countries will be able to attract talented and very qualified people, then give them the opportunity to improve their skills. “[These countries] will also be able to build more inclusive societies, because a strong higher education system can help lessen social tensions, [and] make people tolerant by enabling them to know different cultures and religions,” she says.

Toward a Better Society

According to Giannini, changes to higher education are critical to supporting both quality and inclusion -- two societal imperatives. She asserts, “We need more policies designed to eliminate multiple barriers faced by the most vulnerable groups and parts of our society. This is an urgent issue we have to take responsibly in our hands. It’s a matter of human dignity.”