In the 2016/17 academic year, the university has just under 11,000 students. The university offers degree courses in a variety of disciplines. Study is available at undergraduate and postgraduate levels, full-time and part-time, and research opportunities are offered. Cardiff Metropolitan University has a number of research and enterprise centres, including the Food Industry Centre, the Welsh Centre for Tourism Research, and the National Centre for Product Design and Development Research. 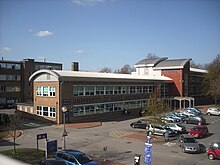 Since 2007, £50 million has been invested in estate developments. In May 2009 the £5million Food Industry Centre – Zero2Five at the Llandaff Campus opened. Cardiff Met's £20 million Cardiff School of Management building officially opened in October 2010 at the Llandaff site. Student facilities, learning centres and the provisions within have also been updated.

The Cyncoed campus opened the campus centre in October 2009, which houses the Students' Union, bar and cafe for student, staff and visitor use.

The Student I-Zone opened in October 2010, to provide information to students from one location.

The UWIC Foundation has been set up to develop, promote and encourage improvements to the quality of teaching and research at the university. It is funded through charitable donations.

In 2012 the University commenced the building of a major new development for its School of Art & Design. The £14m investment will enable a new building to be built on the University's Llandaff campus, and existing accommodation will be substantially improved to provide a contemporary home for the internationally recognised School.